Day 1 A: The Animal Acquisition

Far far away, nestled in the virgin hills of Assam, lived
the three infamous siblings – the Elephant warriors, busy raging wars against
each other in the frontyard of their home. While the family dog Tiger would be
jumping along, mutilating fallen opponents by its dripping saliva- laden licks. 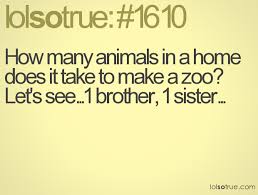 (Image Google)
Clang khachak Dhisoommm … after a black a eye and some
hair loss, the mother would often intervene. A wriggle of ear and warning that
they won’t be allowed to even get a whiff of delicious Hakka Noodles, was
enough to make them put down their weapons, which in this case was a bamboo
stick, a broken ladle and rolled newspaper. Often the warriors were involved in
hand to hand combat, usually sparked by incidents like the youngest secretly
wearing the t-shirt of the eldest to a birthday party.
When Shakespeare said “What’s in a name”… he couldn’t have
been more wrong. Imagine living your whole life with Hati (“Elephant”) as your
surname. My ancestors belonging to Ahom dynasty were overly enthusiastic to
display one’s occupation in the name. Centuries later, their relentless love
for Elephant as the surname, landed yours truly in the middle of every school’s
ridicule program. 😛 I have seen my teachers stutter and stammer whenever they
read my name aloud, wondering if HATI could really be someone’s name.
And then, years later, I met a wonderful “Peacock” and spectacled “Moonjely” in Sydney. Well, Hati sounds pretty cool now.
Do you have such a name??
Don’t forget to hop on to my Poetry Wagon for Essence
Explore Elephant Waterterfall  at my photo/Travel blog

The Smell of Old Books

::Chronicles of a Homeless Princess – II::

55 thoughts on “The Elephant Explanation”